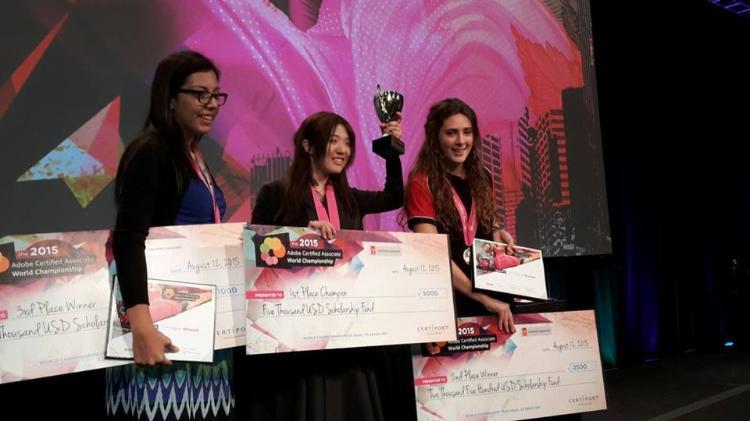 It is with admiration that we report that Tiffany Onderstall, who is a first year BDes student from our Cape Town Campus, has been announced the overall winner of the magnificent 2015 Adobe Certified Associate South African Championship.

The emphasis of the design challenge was to create an A3 poster that "implores urgent change in empowering Africa's Youth" using Adobe Photoshop, the purpose of which to make local as well as international individuals, leaders and companies want to invest in Africa's youth due to its state of emergency. We are proud to announce that of the 15 entries that were received nationally, 8 of them were IEG Cape Town students. A special Thank You goes out to Netlearn and Certiport for allowing us this fantastic opportunity.

Tiffany we salute you on your achievement as you move on to represent Inscape and SA, in Dallas Texas at the Worldwide Championship to be held in August. Well done and Good Luck!!!!