The Designer behind the Inscape Brand

The Designer behind the Inscape Brand

Rebranding is not just changing a logo, it’s not just upgrading a building. It’s a change that requires all members associated with it to speak the same language. It’s from the inside out. 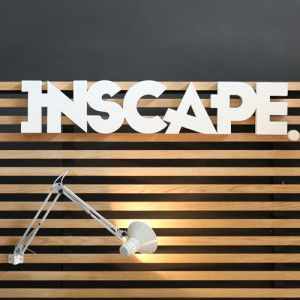 We spoke to M.J. du Preez to get to know the designer behind the Inscape rebrand.

Johannes Mans. My initials are J.M. but my name is M.J.

Weird, I Know but my mom didn’t like J.M-etjie. M.J-etjie was more her thing.

In terms of concept development we were 3, but labour wise we were round about 6 designers working on the different parts during the life span of the project.

It’s difficult to say how long we actually worked on the project due to a bunch of obstacles during the project that halted progress, but from the first meeting with Inscape to the brand implementation took just over a year.

Unfortunately each person needs to deal with their stress in a way that works for them. I prefer cracking jokes and keeping it light hearted in the office because when I’m unhappy my creativity suffers. Some people strive on the stress of a deadlines & just want to be left alone.

As a team it is important to respect the way other people function whilst always trying to relate to each other so you can function as one organism. Just like some diseases a team will start to consume itself if there is a part of it that feels foreign to the body. That is why employing the right people is so important. I find that people with a similar sense of humour make the best teams.

If we are specifically talking about graphic design, be sure that you understand that it isn’t as glamorous and arty as you think. To make a living you will have to be willing to do a lot of boring design work for boring clients. Clients aren’t keen to rock the boat. People play it safe and they will try and teach you to also do so. It is just like any other corporate job. Money comes first and concept and quality is a plus, even if they won’t admit it.

Creating something out of nothing, making a physical thing out of a vague vision in your head or touching something that would not have existed without you, is truly a great feeling. A feeling that should be respected and cherished. Trust me, you won’t always feel that way but try to remember the feeling you got from the first successful thing you made. Not the thing, the feeling. You will look back & realise what you made sucked but don’t think because it wasn’t actually that great that the feeling you had at that time means any less. Try to set your sites on always reaching that same feeling with your current standards. That is the Dragon you want to chase and remember, creativity isn’t something you don’t have, it’s just something you give up on finding.

To be honest I can’t think of any. When you are always opening yourself for new ideas nothing seems weird I guess.

I like how all the different cultures influence our design styles, but at the same time we are well connected to the rest of the world so our standard is quite high.