We have all done it… posed and taken that unforgettable selfie! Some of us do it once in a while, some of us do it sporadically, and some of us are addicted. Whatever your experience with this self-explorative imagery, it is a movement that is flooding our generation. One could argue that it is not new to history, surely the popular self-portrait that frequents art history is too a popular genre. The difference between yesteryear and today is someone else was commissioned to “paint” the shot but now we have become self-indulgent at a new level. WE commission ourselves!

One should perhaps consider the reason for the flood of this modern self-portrait. In this ever saturated visual world, communicating through selfies seems to speak a universal language, it is instant, it is fun, it is casual and makes an individual feel part of a bigger network. It explores a new fresh art form focusing on body shots, memorable occasions and places. It brings people together with a snide sense of humour. It moves away from the traditional photographic and posed portrait into a world of swift photographic freedom! It moves away from the structured portrait shot that is planned, prepared and usually holds historical significance or sentimental value. Whilst the selfie is also all these things it seems to be a sloppier version of the latter.

Hence my following deduction, are the ever popular selfies influencing our visual perception of good and pleasing aesthetical shots? Selfies are often the epitome of bad photography, with odd camera angles, disproportionate picture spaces, unbalanced compositions and terribly random focus. The strange irony is taking all of this into account, they are actually approved by the sender and posted for all to see with profound bragging rights of often, an amateur! Further coupled with this, are the unintentional affected parties. Jerry Saltz wrote a fascinating article entitled, Art at Arm’s length: A history of the Selfie, which appeared in the February 3, 2014 issue of New York Magazine. This fascinating article also delivers some interesting takes surrounding different aspects of the selfie. Included in these aspects is the point that we become so self-absorbed in snapping our selfie, we often forget about the situation the selfie is taken in or the people it may affect. For example old friends may meet at a funeral, take a selfie of the group and have the coffin in the background with the mourning widow – perhaps a little disrespectful? A little egocentric? In Saltz’ article he quotes Alicia Eler as stating, “… we become our own biggest fans and private paparazzi,” but is this to the detriment of others sometimes?

In this growing selfie explosion perhaps we should start to consider selfie etiquette, a guideline on how to do it gallantly but this would take away from the instantaneousness and promptness. It would exclude those accidental backgrounds which often tell a thousand things even if it is an irony of the foreground. In Saltz’ article he also quotes Franco who feels selfies are “tools of communication more than marks of vanity…that we send out to give others a sense of who we are”.

Whatever your opinion may be, the fact remains that with our increased instant visual accessibility selfies are here to say. They are fun, spontaneous and capture the world we want to share. Etiquette and visually captured consideration of others becomes part of the art form and essence of the shot. Whether the choice of shot is good, well composed or inclusive of unrelated backgrounds it is an egocentric act but loads of fun! Long live bad photography… it can only make the good photographers seem better at the end of the day. 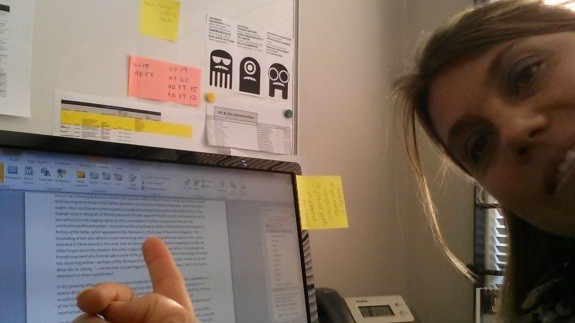